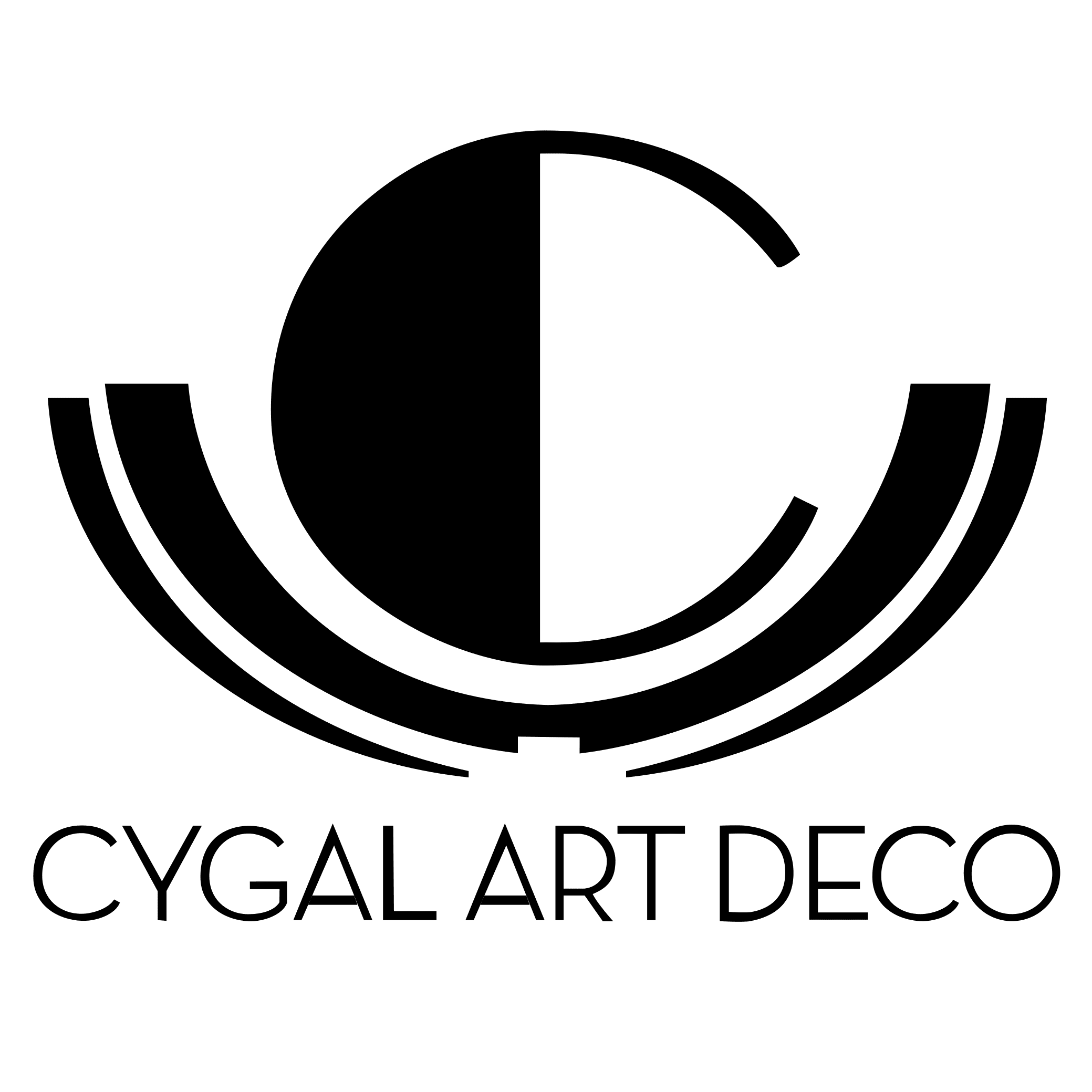 The Bauhaus movement: Where to celebrate its 100th anniversary 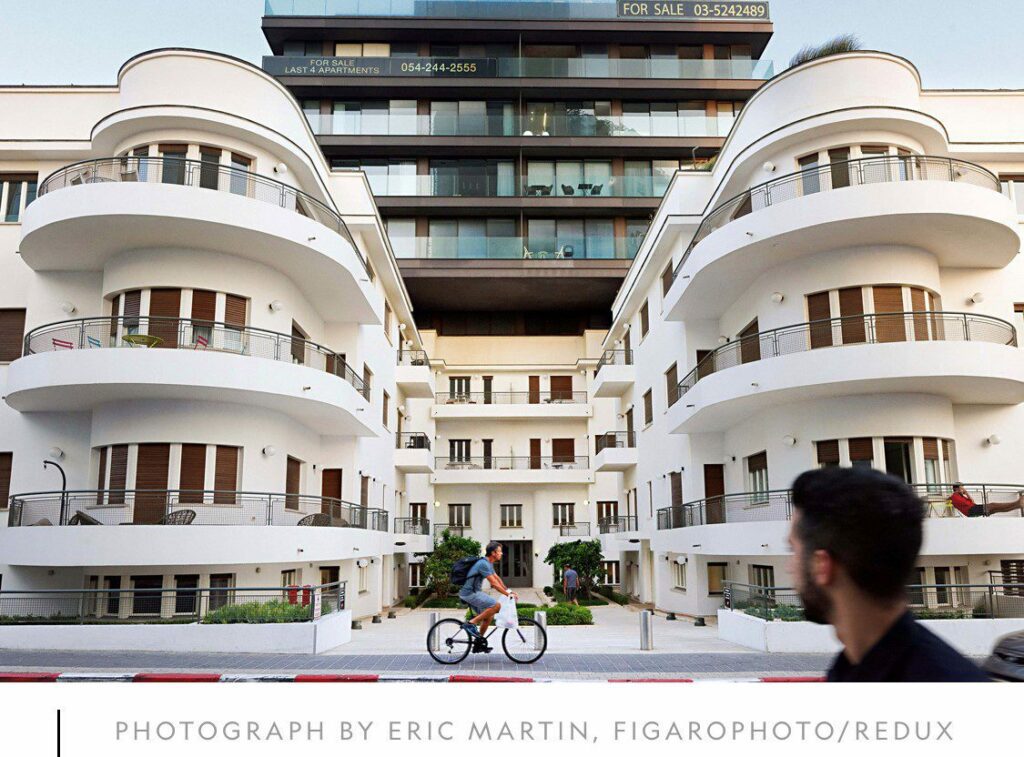 Why is Bauhaus such a big deal in design?

From Weimar to Tel Aviv, visit the monuments to this century-old revolution.

THAT IPHONE IN your pocket? Your simple Ikea bookshelf? The glass box architecture of your local office park? You can thank a century-old design movement for their sleek lines and emphasis on utility.

Founded as an art school in 1919, Germany’s Bauhaus sparked a revolution in architecture and design. A hundred years later, its “less is more” philosophy, emphasis on straight edges and minimal decoration, and blurring of the borders between art and commerce can be seen in everything from apartment buildings to smartphones.

In the aftermath of World War I, German architect Walter Gropius was convinced art should play a social role. At his school in the central German town of Weimar, applied arts like architecture and typography were taught alongside fine arts. Gropius’ goal was “to create a new guild of craftsmen, without the class distinctions which raise an arrogant barrier between craftsman and artist.”

Gropius’ ideas were soon taken up by a wide range of creative types, from painters like Paul Klee and Wassily Kandinsky to font designers, furniture makers, weavers, costume designers, and choreographers. The movement represented an epic shift in how people approached design. Breakthroughs such as the iconic Wassily Chair or the “floating roof” of Mies van der Rohe’s Barcelona Pavilion led generations of designers and architects to strip objects and buildings down to their most basic components.

The radical approach upset many at the time, and the Bauhaus—literally “building house”—was dogged by controversy from the start: It was forced to move from Weimar to nearby Dessau after only a few years, and then to Berlin. In 1933, the Nazis forced it to close entirely. But the modern ideas and aesthetic of the movement lived on. “Bauhaus is so important because it left behind not just objects but an immaterial legacy that’s still influential today,” says Berlin University of the Arts art historian Nina Wiedemeyer.

Germany has been going all-out to celebrate the Bauhaus centennial. A blockbuster exhibition at the Berlinische Galerie opened in Berlin in September, and features more than a thousand Bauhaus originals, including prototypes and one-off examples of objects designed by the school’s early students. But the movement’s influence can be seen worldwide. Here are a few of the highlights.

The epicenter of the Bauhaus year is Weimar, the town in eastern Germany where Bauhaus was born a hundred years ago. In April 2019, a new museum dedicated to the movement opened near the center of town, where visitors can see Bauhaus originals—including the Barcelona chair and a baby cradle made of primary shapes and colors designed by Peter Keler—and get a sense of how disruptive the school was in 1920s Germany.

Visitors can also tour the original Bauhaus campus nearby, still a working design school where Gropius’ office has been restored to its original state. Weimar itself is an important place in German history, with museums dedicated to the German poets Johann Goethe and Friedrich Schiller and the Buchenwald concentration camp. Walking tours led by Bauhaus University students—themselves future architects, designers, and artists in the school’s century-old tradition—are a great way to experience the town.

The study of Walter Gropius, the founder of Bauhaus, has been restored to its original state at Bauhaus University, Weimar.
PHOTOGRAPH BY SEAN GALLUP, GETTY IMAGES

In nearby Dessau, a tree-lined town of 70,000 that’s home to two UNESCO World Heritage sites, the campus Gropius designed for the second incarnation of the school is still used as a design academy—and visitors can spend the night in one of the dorm rooms where Bauhaus students once dreamed up world-changing designs. (Discover 37 stunning World Heritage sites in Germany.)

The Bauhaus building in Dessau is open to the public for daily guided tours.
PHOTOGRAPH BY PIERRE-OLIVIER DESCHAMPS, AGEN/REDUX (RIGHT)

In Berlin, the Bauhaus Archive designed by Walter Gropius in the 1960s is closed for renovations. But the German capital’s streets are dotted with Bauhaus buildings, six of which are part of a UNESCO World Heritage site. The best-known may be the Hufeisensiedlung (“Horseshoe Estate”), designed as affordable housing for German workers in the 1920s. Visitors can tour one of the original units, complete with period kitchen and garden, to get an impression of Bauhaus living in 1920s Berlin. Afterward, spend the night in Ku’damm 101, a budget hotel in the city’s west in the minimalist style of Bauhaus-inspired architect Le Corbusier.

When the Nazi Party took power in 1933, many of the Bauhaus’ leading figures fled the country, spreading the school’s ideas across the globe. One of the largest collections of Bauhaus-style architecture is in Tel Aviv, Israel, where the city center is a UNESCO-recognized site thanks to more than 4,000 Bauhaus buildings, many designed by German Jews who fled the Nazis in the 1930s. Sharp-eyed observers might spot key differences in Tel Aviv, where the ample glass characteristic of Bauhaus structures in Germany was replaced by smaller windows to keep out the hot Mediterranean sun. Weekly walking tours start from the Bauhaus Center, a gallery and museum dedicated to the modernist “White City,” as Tel Aviv is nicknamed, or rent an audio guide and show yourself the sites. (The Israeli city is home to the biggest cluster of 1930s Bauhaus architecture.)

The Cinema Hotel, in Tel Aviv, is housed in the former Esther Cinema, a 1930 movie housebuilt in the Bauhaus style.
PHOTOGRAPH BY STEFAN BONESS, VISUM/REDUX

Another Bauhaus disciple, Laszlo Moholy-Nagy, emigrated to the United States, settling in Chicago and founding the “New Bauhaus” school there in 1937. In 1938, architect Ludwig Mies van der Rohe followed. The school (now part of the Illinois Institute of Technology) helped turn Chicago into a hub of modernist architecture and design, epitomized by van der Rohe’s maxim “less is more.” Many of the buildings designed by van der Rohe—including the iconic Farnsworth House in nearby Plano, Illinois—are open to visitors.

Sometimes considered cold and impersonal, Bauhaus may not be to everyone’s taste. But a century after its founding, there’s no doubt that, when it comes to modern design, Gropius’ little school in the middle of Germany has had an out sized impact.